The Sri Lanka-Singapore free trade agreement (FTA) talks have included a novel approach to digital services in the negotiations agenda, which is likely to afford new opportunities for Sri Lanka’s digital entrepreneurs, an Information Communications Technology Agency (ICTA) official said recently.
“Sri Lanka was the second country in Asia to become a party to the United Nations Electronic Communications Convention (UN ECC) after Singapore, and this has enabled us to include e-commerce/digital services under the Sri Lanka-Singapore FTA agreement,” ICTA Director/Legal Advisor Jayantha Fernando said. 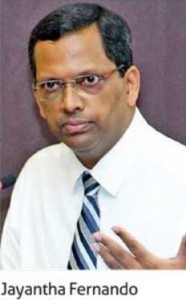 Speaking recently at a seminar on digital consumer rights at the Institute of Policy Studies, Fernando said although Singapore had included some digital services in several other agreements, this would be the first of its kind negotiated under UN ECC. Under UN ECC, a company is not limited to traditional definitions such as its physical location, or the place where it interacts with its customers, as its place of doing business, allowing a digital presence to be recognized as a place of doing business.
“Potentially Sri Lankan digital services companies can use the FTA to reach out to other South East Asian markets through Singapore, while they (Singaporeans) can use Sri Lanka as a base to service the South Asian region,” Fernando said.
He noted that negotiations on the subject, which are within the overarching category of services, are at an early stage.

Experts Mirror Business contacted to ascertain the opportunities provided to Sri Lanka were not able to comment as they were not privy to the FTA negotiations.
However, an analyst who requested anonymity said due to the nature of international contracts, local fiscal policy measures taken to regulate or distort industries would not be effective on digital services entering Sri Lanka through the FTA, or vice versa.
Influenced by traditional businesses in Sri Lanka, which are under threat from innovative digital services, Finance Minister Ravi Karunanayake recently declared war on e-commerce platforms operating in the country for not paying local taxes. E-commerce has allowed for some of the country’s economically marginalized segments to derive income easily from across the world, while empowering consumers with more choice.
LIRNEasia Chairman Professor Rohan Samarajiva told a recent seminar that excessive interference with the operations of global e-commerce platforms would likely push them towards leaving Sri Lanka.
Under the 2017 budget, Karunanayake proposed to introduce a common technology platform that would sit above global digital travel engines such as Airbnb, booking.com etc,. He also proposed to introduce a new taxation mechanism for e-commerce transactions.
Sri Lanka’s ICT sector is hoping to earn US$ 5 billion in export earnings by 2020, and competition from Singaporean firms would likely serve as a catalyst for further innovation in the local sphere.
Strategic Development and International Trade Minister Malik Samarawickrama had last July promised to publish online the framework agreement for the Singapore-Sri Lanka FTA, along with the framework agreements for the Sri Lanka-China FTA and the Economic and Technology Partnership Agreement (ETCA) with India.
But the promise has so far not been fulfilled.