Home > News > How are we doing in e-government?

How are we doing in e-government? 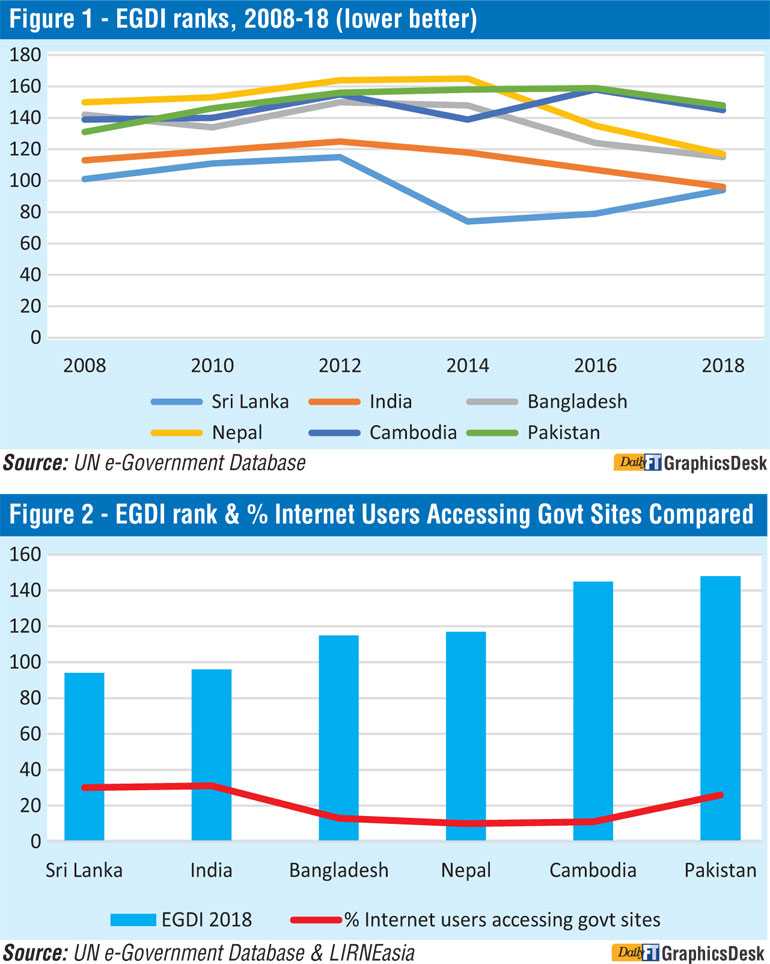 It is customary to assess some aspect of the performance of a country using a composite index such as the Ease of Doing Business Index or the Network Readiness Index. For government services, there is the e-Government Development Index (EGDI), issued every two years by the UN Department of Economic and Social Affairs.

Partly because of the complexity of the methodology, where the weights for different elements change with every iteration and because some governments have begun to game the system, the rankings fluctuate quite a bit as shown by Figure 1.

Many countries such as those in the comparison set above are primarily focused on making government accessible to citizens on the web. 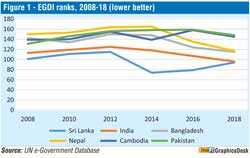 The LIRNEasia survey is of nationwide representative samples of persons between the ages of 15 and 65 years. Except for the Pakistan anomaly, the simple indicator and the complex one tell the same tale.

What is interesting from the policy perspective is why those who have the means, still do not use the Internet to access government information. The 30% who say they know how to access the government’s online services, but see no value in it and the 28% who know how, but are unsure about which specific website to go to are the most interesting. These are relatively easy problems to solve in the way government presents itself on the web. 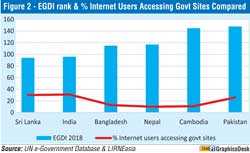 Much remains to be done. Among those who use government e-services, only 14% do anything advanced such as submit a form or apply for something. Most users still appear to be in the first stage of e-gov, 47% obtaining information, downloading forms, etc.

Very clearly, Sri Lanka has much to do in the e-government space. Surveys such as those conducted by LIRNEasia provide actionable insights on what to do to increase the number of citizens benefiting from e-government services. This is a much more productive way to improve the e-Government Development Index, than appoint committees to game the process.