The Grand Jury of the e-Swabhimani 2020 was successfully held in August at Club Waskaduwa Beach Resort. Since its launch in 2009, the ‘e-Swabhimani Awards’ have continued to recognize outstanding, forward-thinking and truly innovative local digital solutions and hi-tech applications that have helped make society more inclusive, efficient, offer new services, empower citizens, whose overall benefits are reaped by all.

This is the 10th year that ICTA is organizing this event. 234 applications were received in response to the application call which commenced in July.  There was a significant increase in the number of applications received than last year. The members of the Jury comprised of a group of 17 domain experts from academia, industry and government sector including an expert, moderating the Jury process.

Nominations were accepted across nine categories including Government and Citizen Engagement, Health and Well-Being, Learning and Education, Environment and Green Energy, Culture and Tourism, Smart Settlement and Urbanization, Business and Commerce, Inclusion and Empowerment and Digital Entertainment. In addition a youth award was introduced for those who are under 26 years of age. 57 applicants were shortlisted during the Jury process from the above categories. Highest number of applications were received under the Business & Commerce category followed by the Learning & Education category as usual. The least number was recorded from Smart Settlement & Urbanization category this year. The finalists list is announced in the www.eswabhimani.lk website. The grand jury ensured that they made a fair judgement to all applicants.

‘e-Swabhimani’ a symbol of excellence but also serves as a stepping stone to the World Summit Award (WSA), a global initiative implemented within the framework of the United Nations’ World Summit on Information Society (WSIS). The WSA nominees were selected by the e-Swabhimani Grand Jury during the evaluation process for 2020.

The winners of e-Swabhimani 2020 will be announced at the Awards Gala which is planned to be held in November, the Program Manager Indumini Kodikara mentioned. 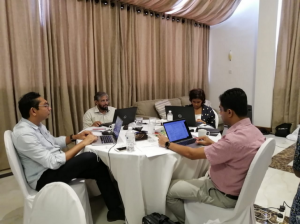 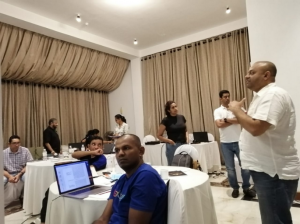 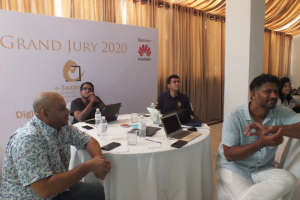 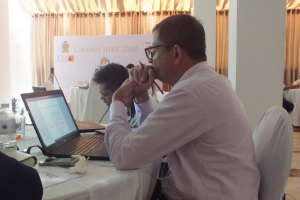