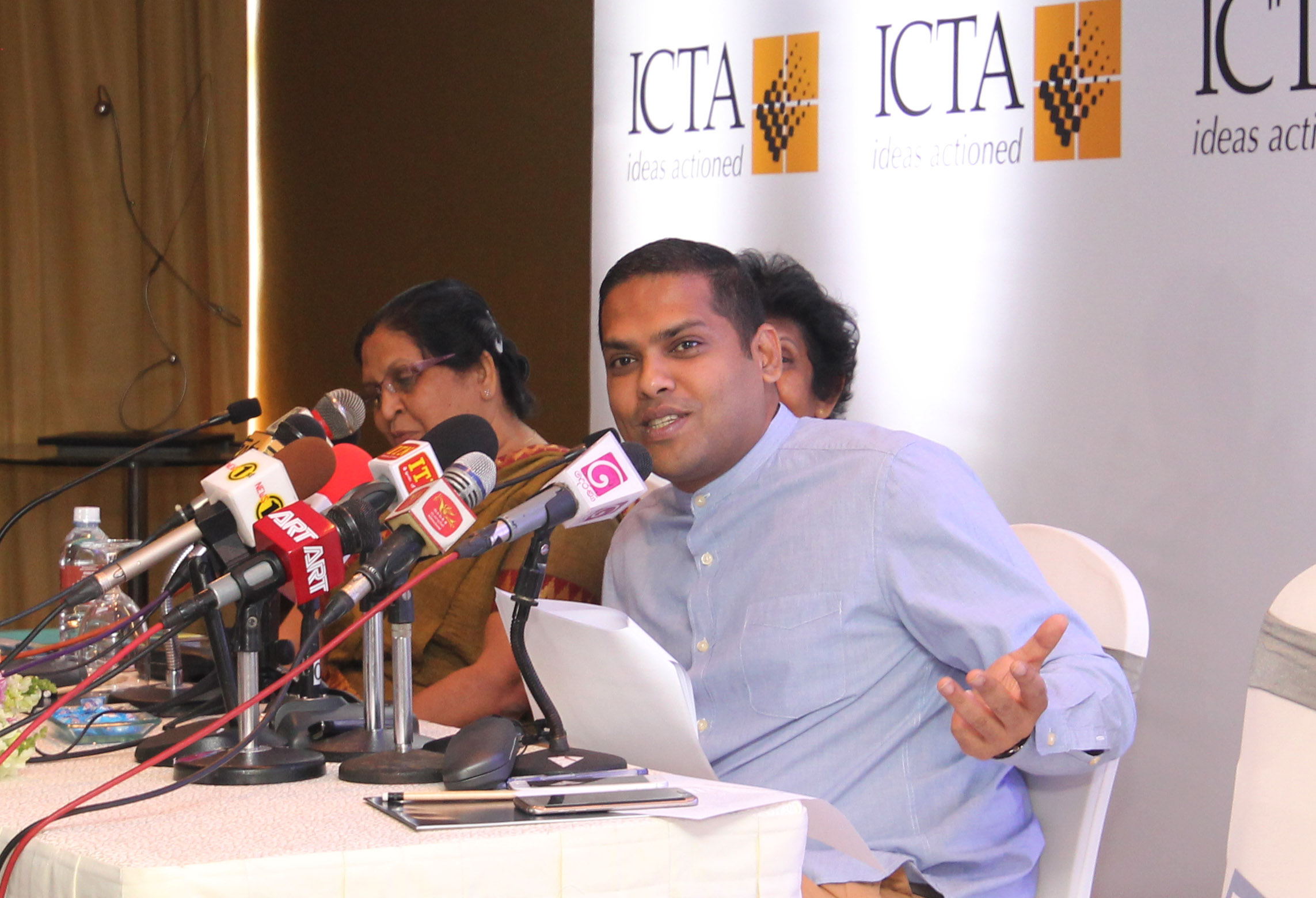 In keeping with the vision of the Government for developing the digital infrastructure in the country and ensuring that every citizen has access to the Internet, the ICT Agency of Sri Lanka under the direction of the Minister of Telecommunication and Digital Infrastructure has taken steps to facilitate and enable universal connectivity for the purpose of bringing about digitization to every person in the country.

A press conference was called by the ICT Agency in connection with Project Loon, which is an innovation spearheaded by Google and is a ‘network of balloons traveling on the edge of space, designed to extend Internet connectivity to people in rural and remote areas worldwide’.

1.    ICTA was established as a Company under the Company’s Act on 12th May 2003, fully owned by the Government of Sri Lanka.

2.    The ICTA has been empowered by the Information and Communication Technology Act No. 27 of 2003 enacted by Parliament, as amended by ICT (Amendment) Act No. 33 of 2008 to implement strategies and programs in both the Government and the Private Sector and take all such steps as are necessary to facilitate the implementation of the National Policy on Information and Communication technology.

3.    The establishment of an Inter Ministerial Committee (IMC) is mandated by the Information & Communication Technology Act No. 23 of 2007 and strengthened by Act No. 33 of 2008. The overall objective of the Inter Ministerial Committee is maintaining momentum in the ICT sector, improving the business climate for ICT investment in Sri Lanka and ensuring proper inter agency co-ordination between Government organizations for more effective implementation of ICT programmes and strategies in the country.

4.    In keeping with the vision of the Government for developing the digital infrastructure in the country and ensuring that every citizen has access to the Internet, the ICT Agency of Sri Lanka under the direction of the Minister of Telecommunication and Digital Infrastructure has taken steps to develop national broadband infrastructure to facilitate universal connectivity for Internet access in Sri Lanka.

5.    Project Loon is an innovation spearheaded by Google and is a ‘network of balloons traveling on the edge of space, designed to extend Internet connectivity to people in rural and remote areas worldwide’.

6.    In keeping with its mandate to empower citizens by extending and strengthening affordable universal access to the Internet throughout the Country, ICTA initiated discussions with Google.

8.    The proposal for piloting Project Loon in Sri Lanka as a means of providing affordable access to the Internet across the Country was mediated through Chamath Palihapitiya, the Founder and Managing Partner of The Social+Capital Partnership – a venture capital fund based in Palo Alto, CA. Chamath Palihapitiya is the longest tenured member of Facebook’s senior executive team and helped drive its ascension to one of the most important companies in the world.

10.    On the 28th of July, 2015 a Memorandum of Understanding was signed between ICTA, Google Loon LLC and two of its affiliates Lotus Flare Holdings Limited and Rama Co. for the purpose of formalizing working relationships and facilitating pilot project implementation.

11.    ICTA was not involved in the selection of any one of the above named affiliates or in putting together the solution.

12.    Louts Flare had developed a platform technology that is essential to the provisioning and management of broadly accessible, cost-effective Internet Access

13.    Rama Co is a company owned by Chamath Palihapitiya. Rama Co will recruit local resources such as human capital to manage his interest in Sri Lanka and will possesses the local expertise necessary to act as a facilitator to launch and operate services contemplated by the Initiative, manage relationships with providers of connectivity be it Loon or traditional mobile carriers, and enable local technology companies equal and fair access through which to develop and offer services to qualified users; and to provide free access to a basic set of Internet Services directly to consumers.

14.    The MOU endeavors to establish preliminary business understanding of the parties involved with respect to the organization and responsibilities to achieve the objectives of the initiative. ie. Piloting a technology in Sri Lanka for facilitating free or highly subsidized mobile Internet service that is universally available through the Country for a trial period not exceeding 12 months.

15.    The MOU explicitly requires strict compliance with applicable commercial and public anti-bribery laws, including the US Foreign Corrupt Practices Act of 1977 and the UK Bribery Act of 2010, which prohibit corrupt offers of anything of value either directly or indirectly to anyone.

16.    A paper on the Google Loon Project was submitted to the meeting of the Inter Ministerial Committee (IMC) held on 9th November 2015 where it was agreed that in order to facilitate the pilot project implementation TRCSL be requested to release 10 MHz Pair (10 MHz/10MHz) in the 700 band spectrum for a period not exceeding 12 months.

17.    Consequent to the above TRCSL and ICTA had a series of meetings to identify possible frequency allocations proposed for the Google Loon tests.

18.    On the 7th of April 2016 at a press conference hosted by his Company, attended by the Hon. Minister of Telecommunication and Digital Infrastructure, Chairman – SLT, CEO – SLT, CEO – Dialog and senior staff of ICTA, Chamath Palihapitiya addressed the media on the Google Loon Pilot – Project Rama and his Company Rama Co.

19.    On the 28th of June 2016 His Excellency the President Maithripala Sirisena appointed Chamath Palihapitiya as Sri Lanka’s Digital Brand Ambassador.

21.    On 30th of November, 2016 TRCSL, having sought clarification from the International Telecommunication Union (ITU), informed ICTA that the required frequencies cannot be released for the proposed test of Google Loon.

22.    A paper on ‘Facilitation of testing to implement the Google Loon Project’ was presented to the Cabinet by the Hon. Minister for Telecommunication and Digital Infrastructure on the 5th of January 2017.  Pursuant to which the cabinet recommended to seek the advice of the Attorney General.

23.    The Attorney General coordinated consultations in this connection with the participation of the Secretary, Ministry of Telecommunication and Digital Infrastructure and senior representatives from both TRCSL and ICTA.

24.    The report of the Attorney General is to be presented to the Cabinet Committee on Economic Management chaired by the Hon Prime Minister