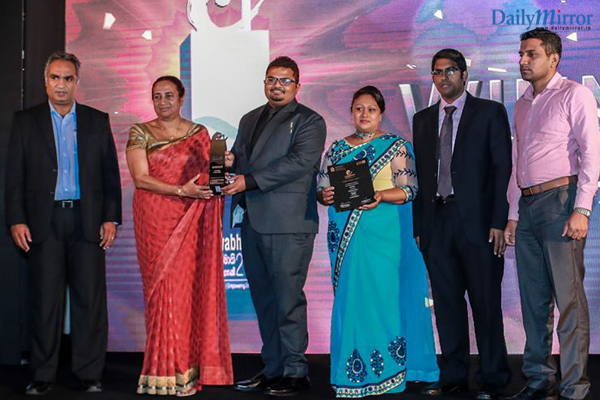 When software engineer Hasith Yaggahavita founded IgniterSpace, together with two colleagues, he was simply making up for the lack of a good creative education- or more specifically, ‘makerspace’- programmes to enrol his own kids in. So, in March 2016 IgniterSpace began its journey in Hasith’s home. A short two years later Hasith and his team are quietly celebrating a rapid expansion and a couple of unexpected, yet well-deserved wins at the e-Swabhimani awards 2017 and Venture Engine 2017.

IgniterSpace is a ‘makerspace’ for kids that guides them to unleash their creativity through technology. Although not a phrase used in common parlance, a makerspace is simply a place where students can gather to create, invent and tinker using tools, material and some guidance. With the firm belief that anything is possible, IgniterSpace inspires students to be creative and innovative. Children are exposed to different aspects of technology such as mechanical, electrical, electronic computer programming and robotics. With this foundation, they are then encouraged to further experiment to gain deeper insights.

The company quickly grew from being a small operation at Hasith’s home to a very popular educational institute coveted by parents who wanted their kids to have the IgniterSpace experience. Mano Sekaram, Hasith’s long-time mentor and eminent IT industry heavyweight, joined in to help IgniterSpace grow. Mano recognized that the company was doing something unusual and creative, and helped the team move into a second makerspace in Narahenpita, and then to other cities such as Moratuwa, Gampaha, Negombo and Kandy. 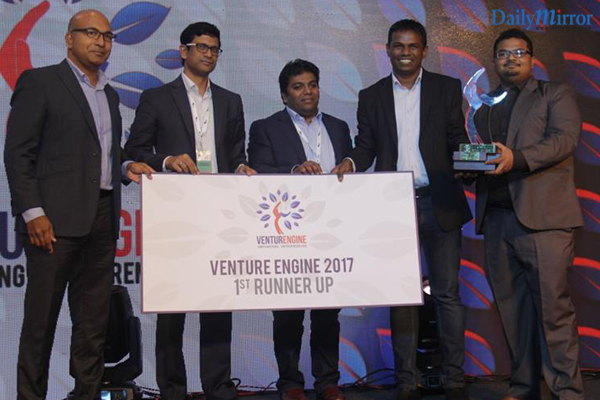 Today the IgniterSpace team consists of 15 full time professionals and 45 part-time instructors led by CEO Jehan Wijesinghe and COO Buddika Wijesekera. Their educational model is a tried, tested and loved by kids. Students begin with prototyping known machines to develop basic knowledge as well as fine motor skills and then move onto production grade explorative creations. Through these exercises, kids gain design thinking and entrepreneurship skills alongside the ability to create production grade prototypes of their own concepts.

This is where the steps for innovation and entrepreneurship are laid, says CEO Jehan Wijesinghe. “We are committed to guiding the younger generation to become innovators and creators of technology, but we also understand that this is not a vision that is accomplished over a short span of time. We’re ready to walk the talk with our partners over decades to come.”

The team is also celebrating placing winners in the education category at the 2017 national e-Swabhimani awards presented by the Information and Communication Technology Agency (ICTA). IgniterSpace also received the Aaavishkaar Social Impact Award for the highest social impact and was the 1st runner up at Venture Engine 2017. CEO Jehan also represented Sri-Lanka at the Sankalp Global Sustainability & Social Impact Summit held in Mumbai India in December 2017. For Hasith, this is further confirmation that he was onto something when he first began IgniterSpace from his living room. “It’s rewarding to know that what you’re doing is making a real impact. We’re actually making a difference here, by teaching kids skills that they’re not picking up at school, but essential for the future.” he says. 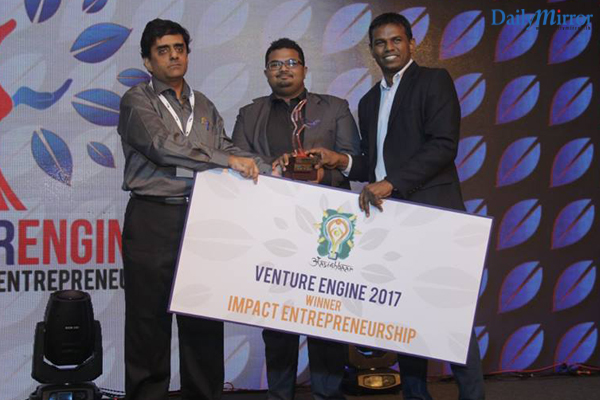 The classes are conducted at five levels: first 3 levels are for age based entry (ages 5-7 years, 8-10 years, 11-15 years) and prerequisite for level 4, which is focused on problem solving. Once level 4 is completed, students can enter the IgniterSpace Start-up School where they learn to become real-world innovators and entrepreneurs. The courses are usually conducted in English, although native languages are accommodated on request. 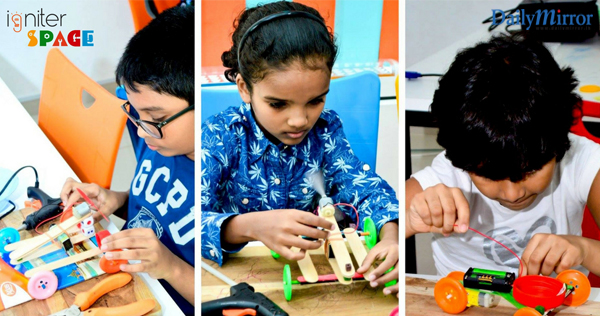 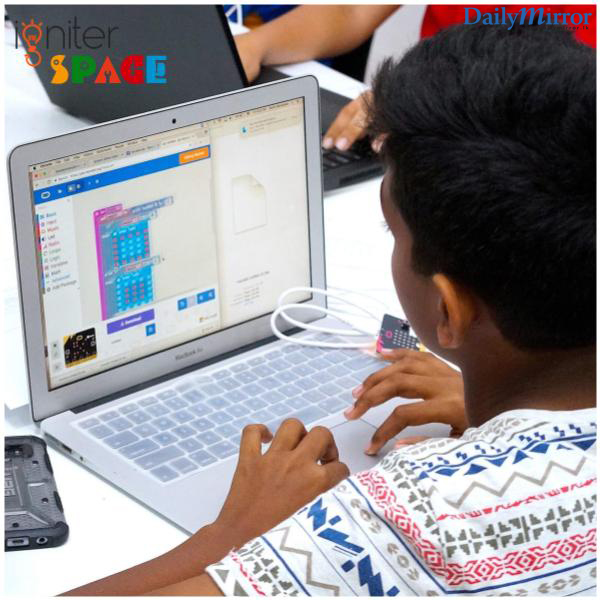 * Dailymirror.lk neither liable nor responsible for any information / contents published in this article