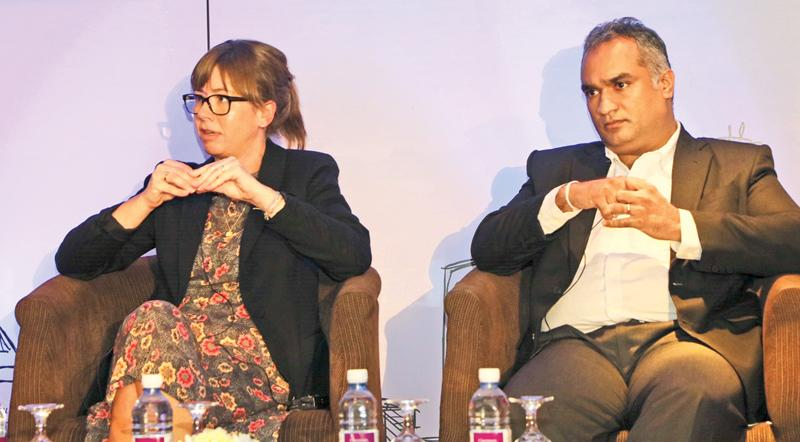 Norway expressed their keenness to develop and collaborate on start ups and entrepreneurship in the ICT industry focusing on access to capital, expertise, market access and global growth.

IKT Norge CEO Heidi Austin said in addition, competency and education will also be considered as an important part of the corporation and especially in higher education, vocational ICT education, and programming for children including exporting the Learn Kids Codes model.

These remarks were expressed at a business forum held last week, themed, ‘How digitization can improve your business’, organized by the Sri Lanka Association of Software and Service Companies (SLASSCOM) and ICT Norway under the auspices of the Royal Norwegian Embassy.

She said, it is important to look at how technology can be used for better learning and how to make business better with the use of technology.

In early June 2016, ICT-Norway was on official travel to Sri Lanka where the cooperation between countries also manifested through a memorandum of understanding (MoU), she said. 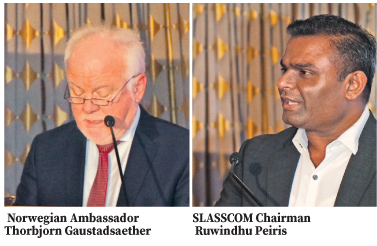 Austin said, together with their sister organisation in Sri Lanka, SLASSCOM, they have now started a partnership which they believe may be a pilot for future business cooperation between Norway and other countries.

“ICT is not just programming, coding but also creating opportunities for businesses to be more efficient, be it shipping or public service,” he said.

SLASSCOM Chairman Ruwindhu Peiris said that as Sri Lanka has seen a tremendous growth over the last 10 years in the ICT sector, both the countries coming together would have an impact on the opportunities that are already available.

He stressed, it is important to look at some of these big areas with impact and to collectively come together to disrupt some of the value chains by combining forces of both the countries.

He asserted the importance of creating IT value added products.

“You are sitting in the middle of lot of industrials (Norwegians), vertical expertise, it could be oil or other industry. Unfortunately, that’s not what in Sri Lanka invested, which is absolutely needed to disrupt and create value products.

However, we got smart people including the Diaspora, who are genius in whatever,” he said.

Meanwhile, talking about how Sri Lanka is shaping up to be relevant to a digital economy, ICTA Senior Consultant Indika De Soyza said while digitizing the financial sector they are in the process of digitizing the education system where they have already taken up several initiatives.It includes, making ICT a compulsory subject in schools, providing high speed internet, and introducing coding system. He said, every school will have an innovation centre and smart books will be introduced as well.

They have already set up 800 school ICT societies which is to be expanded up to 3,000 next year.They have plans to digitize the manufacturing and the agricultural sectors as well.

“We will be looking at all angles and getting international expertise. We are studying state-of-the-art facilities, how to get education system aligned,” he said.

Hospitals too will be digitized including the medical supply division. He added, digitization reduces the expenditure which is currently happening in millions.

He said, they will be connecting 3,000 government offices with high speed broad brand. Municipal Councils will be digitized too where already 40 municipal councils been completed.

Further sharing the initiatives that will be taken up to gear up Sri Lanka towards digitization and to get over the bottle necks that are prevailing, Soyza said that they will be introducing a called ‘social circle’ to educate the rural community on how to use technology and how it will change their lives.

“For example, we have people selling bricks in Ampara using the Face Book,” he said.

However, Peiris said the biggest obstacle towards digitization is changing the mind set of people.

He said that locals are still stuck with doing degrees for four years whereas embracing online education is very low.