The official event of computer hardware distribution for 48 hospitals under Digital Health Project was held at Family Health Bureau on 30th of October 2017, with the participation of Hon (Dr.) Rajitha Senarathne, Minister of Health, Nutrition and Indigenous Medicine. Laptop computers were handed over to Heads of the hospitals by the Minister of Health to symbolize the computer hardware distribution for implementing electronic medical records in the selected hospitals.  Following officials were participated to the event, 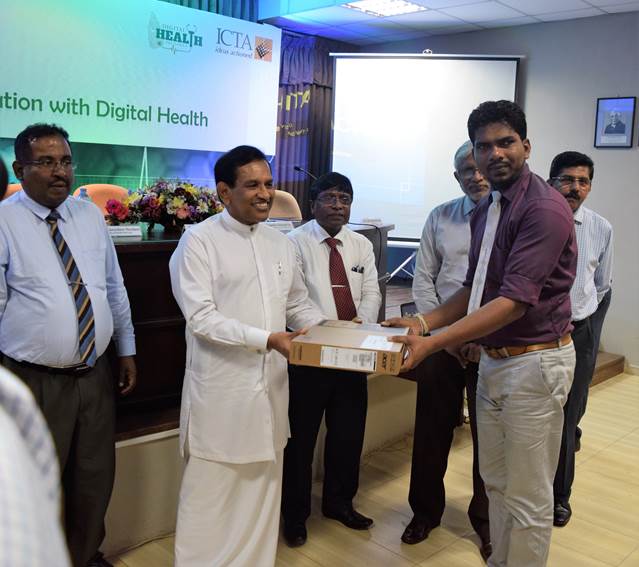 Hon. Minister Rajitha Senarathne expressed his pleasure on implementing Hospital Health Information Management System (HHIMS) in the government hospitals. He shared his experiences during the visits of few hospitals where the digital health project has been initiated. He emphasized how he witnessed patients in the rural areas has adapted to the new technology that was introduced through this project. According to the Minister, it is identified as a drastic improvement happened, not only in the health sector but also in the quality of the life of the whole nation as a result of introducing digitalization.

Dr. J.M.W. Jayasundara Bandara, Director General Health Services explained in detailed about the advantages of digitalization and moreover, he emphasized that Sri Lanka is having more capabilities to be digitalized when compared to the other South Asian countries.