Tablets for all Grama Niladharies 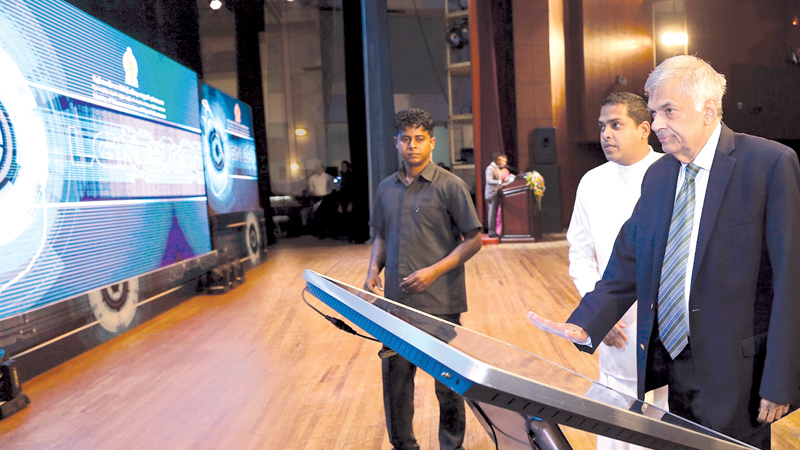 Prime Minister Ranil Wickremesinghe yesterday said that all Grama Niladhari officers will be provided with tablet computers and other digital equipment to execute their responsibilities completing the digitised administrative system in the country.

Accordingly, 14,000 tablets will be provided to Grama Niladhari officers as a part of the newly launched upgraded Lanka Government Network 2.0, which is to network 860 government institutes with digital facilities to execute their responsibilities.

The launching ceremony was held yesterday at the BMICH under the patronage of PM Ranil Wickremesinghe. PM Wickremesinghe said that it is crucial that we implement this project accurately and methodically in the next three or four years. “This is a great leap for a country like us. Most European countries have this system. Sri Lanka too needs to reach this position,”he said.

Speaking on two hospitals which were digitized as an initiative of this project, the PM said that they have generated outstanding results. The digitized Dompe and Mahawa hospitals have recorded a cost cut of Rs. 3 million after their digitisation programme, it was said.

He also said that Sri Lanka should be digitised at all levels including economic, education and administrative sectors to become a successful competitor in the global market.

Premier Wickremesinghe,while pointing out Sri Lanka is to fund a colossal amount of debt in the coming two years, stated that, adding value to human resources and labour through digitization is a timely measure to support such economic challenges.

“We must accelerate our economic growth and increase our export industry. For that we need to approach the global market. The global economy has become extremely competitive due to digital technology. Sri Lanka must reap the benefits of digitisation from using it to enhance our human resources. Digitised human resources will increase our competitiveness in the global market,” PM Wickremesinghe observed.

“Keeping in line with this LGN project, we will give tablets to all Advanced Level students in the country as well. That means, within these two years we have provided five hundred thousand tablets. Why do we do this? We do this to equip our country with latest technology and modernize it,” PM Wickremesinghe also pointed out.